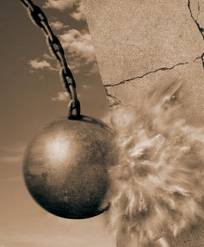 If you think something nice…you’re just supposed to say it.  Otherwise it’s one big ‘ol fat wasted thought.  Thank Heavens there are a few others that have been kind enough to show me they abide by this rule of thought.  Do you have any idea how great it feels to know that someone read what you had to say, thought it was helpful, and then tells you about it?  I do…and it feels real real nice!

As far as I know no one reads this darn – (it’s also been called “gay”…I laughed at the dumb chick that said that but told her I at times agreed) thing.  Yes – I have Google Analytic’s but I hate that junk.  I don’t want to care who, and how many, are reading or checking my site.  I’m sure the day will come that I may find that to be important for the growth of my business…but frankly that’s the first kind of person I’m going to hire if expansion needs come my way.  Someone to be in charge of all that driving traffic and social media bologna.

However, when someone takes the time to give me a genuine compliment…I feel like I want to live up to their expectations.  They make me try a little harder to prove them right in their opinion of me.  Hugh Pinnock in his talk, “Ten Keys to Successful Dating and Marriage Relationships” that he gave at a BYU Devotional- illustrates the great importance this same concept has in our dating lives.

…Compliment each other sincerely and often, just as you do or will do during the dating period. A middle-aged wife once told me, “Someone has to keep my husband humble. He gets so much attention from others that he needs to be brought down a peg or two. He gets too big for his britches.” How sad. Every husband needs a wife who will build him up, and every wife needs a husband to honor and to respect her. Building each other with sincere compliments is never a sign of weakness. It is the right thing to do. Anyone who can contemplate kneeling at an altar, participating in an eternal ordinance–or those who have–can certainly find lovely things to say about a partner.

…”I see how some husbands and wives treat each other,” a young divorced lady said to me, “so coldly and with such indifference I want to scream at them, to wake them up before it is too late. I want to tell them to quit their sarcasm and instead to encourage each other.” And remember, dear friends, that that is part of the responsibility of dating, to handle that precious relationship as if it were fragile because it is. We all tend to become the persons described in the compliments that our spouses and friends pay us. We will do almost anything to live up to the compliments and encouragements of a boyfriend or a girlfriend or a proud wife or husband.

I like it Hugh!  You’ve said it sooo well!  Sarcasm…it’s of the devil and don’t you forget it.  Elder Holland thinks so too!

In a dating and courtship relationship, I would not have you spend five minutes with someone who belittles you, who is constantly critical of you, who is cruel at your expense and may even call it humor.  (Elder Holland, “How Do I Love Thee?”)

Once my mom paid Lindsey and I to quit some bad habits.  (We were trying to earn the money our super nice mom was already going to give us for a NYC shopping trip)  I made money by destroying some hooded sweatshirts that I wore every day (hood on of course) for 6 months straight minus the 3 hours of church each week.  Trust me – you wouldn’t have left home without a hood on till your butch haircut grew out either!  But Lindsey…she made money by being nice to me.  (And ummm yeah…we were in our 20’s when this went down) And she lost money when she was rude.  It was shocking to her and I both how many times a day I had to look at her, tilt my head, and ask, “Now Lindsey is that building or tearing?” To which she would wince and in her sorry voice try to verbally earn back her bribe.  Needless to say I did a lot of shopping on that trip while Lindsey was on a bit of a budget.

We need to be nice, talk nice, date nice, and hopefully marry nice!  If you think something that will build someone else up…say it…don’t wast that thought.  Thanks to those kind friends that are esteem boosters in my life.  I appreciate the building.  You are my cherries on top! xoxo